CEA, as an organization, is very young; this is only the third annual conference and there are still many things that need to be sorted out about the organization- in terms of its objectives, strategies for growth and development, future projects and the like. However, even under such a short time-period, CEA has taken great leaps into working together as an organization comprised of different universities, despite the differences in organizational structures, fund levels, and cultural structures at the universities.

One of the key objectives of holding these annual conferences in itself is to forge and maintain the relationship between the universities and create further working ideas and more socialization between the staff and the students so that we all have a common objective. Of course, this is all at the institutional level between administrators and teaching staff. As students, we are also part of the process of socialization and creating common ideas. One particular co-production is this magazine that I am writing on, which was the project spurred from the second conference last year. Hopefully new things will come up from this one as well. 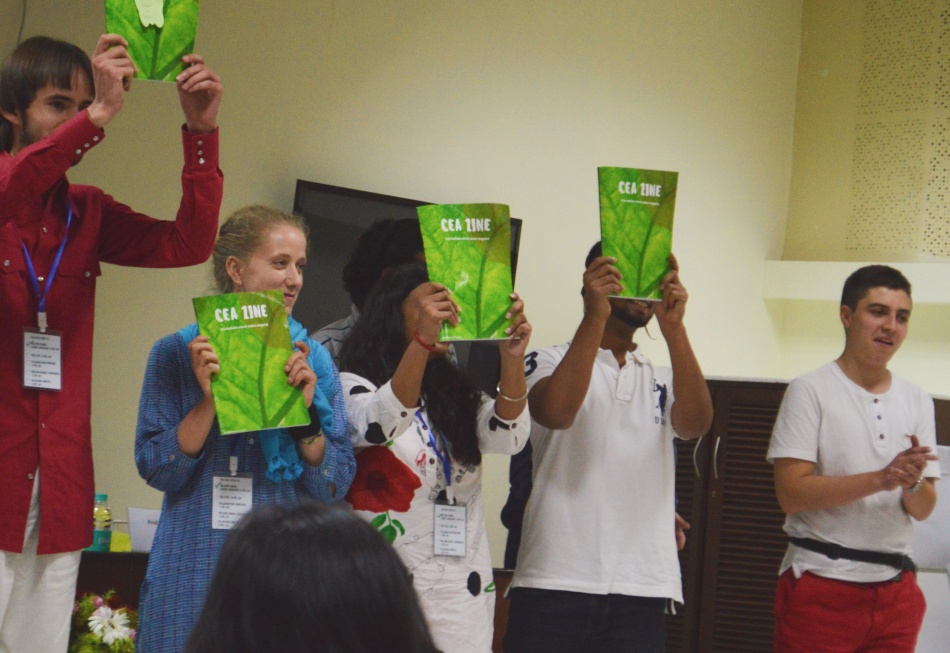 However, it is important to realize that it is not only about the type of working relationship we create between institutions and the student body, but also about the personal relationships we create and the common experiences we all have as students. And that is the biggest outcome of the conference, in my opinion, is that we have realized that we, as students from all the different corners of the world, have some of the same experiences, such as the terrible cuts on education or the rise in nationalism and right-wing extremism. As students, we can relate to the feelings of stress, fear of deadlines, pressures and fears in regards to our future employment opportunities; but, at the same time, we can also relate at a deeper level in relation to the underlying processes of society. We have also realized that we enjoy similar things in relation to going out, music and art etc. and have even some of the same political inclinations.  But the principal feature underlying these commonalities is a critical ideology, an intrinsic motivation to think critically about the world that surrounds us and creative ideas for a better world- something which was not only proven by the outcomes of the student workshops and the presentations given at the conference by the different staff members, but also during the buzzing conversations during lunch or dinner and coffee breaks about all types of topics.

Of course, due to our different backgrounds, there are also  things we don’t have in common, but those things do not deter us from our common objective, and do not impede our cooperation and the creation of long-lasting relationships. The fact that unites us is not being students, but being students of a CEA institution, something which gives us a particular profile, and which allows us to convert a rainy week into a fascinating exploration of the role of critical education, the sharing of ideas across continents and the creation of bonds that can be saved and sustained until next year’s conference in Bogotá.

Federico  is a Global Studies Masters student at Roskilde University, Denmark. He comes originally from Argentina but has lived in 4 different countries. He is interested in the political economy of development as well as critical education.

0 comments on “Conversations Under the Rain”